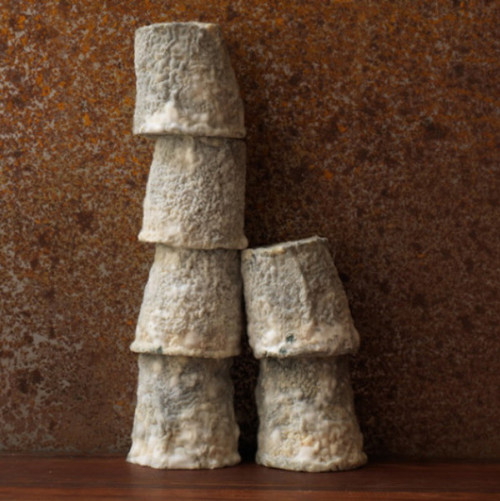 An English goats' milk cheese coated in ash, with an ice-cream texture, and creamy and mellow flavour.

Award-winning Dorstone cheese has a curd that's snowy-white, a texture like ‘ice cream’, and a flavour which is mellow and creamy with a lemony freshness.

The cheese is made to a very slow lactic set recipe; and the curds are pre-drained, before being gently placed into moulds, to create Dorstone’s light, almost mousse-like texture.

After being removed from the moulds, Dorstone is coated in ash, and then ripened to develop a faint veining reminiscent of Carrera marble!

Charlie uses kids’ rennet rather than calves’, as he feels it allows the cheese to stay more true to the flavours inherent in the milk.

In 2013, The Fine Cheese Co. entered Dorstone into the competition at the Mondial du Fromage in Tours, in the Loire: the heart of French goats’ cheese making. We were delighted when it was awarded a Gold Medal, proving that Dorstone is as fine an example of an outstanding goats’ milk cheese as any made by a Frenchman.