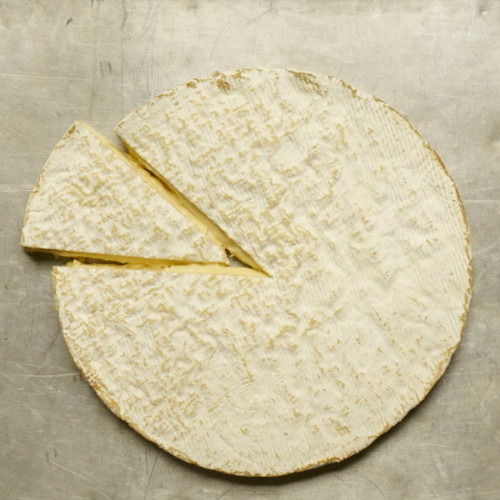 Made since 1930 by the undisputed kings of Brie de Meaux cheese: family Dongé. Rich and powerful in flavour with "mushroomy" notes.

The promise of soft riches that glide down the tongue, as Brie de Meaux's cheese eases away from its crust. From the Ile de France outside Paris, and made by the Dongé family. Nine times Winner of the coveted Medaille D’Or. Full-flavoured, with a Camembert-like fruitiness. Absolutely the real thing.

Famous since the time of Charlemagne, Brie de Meaux is the classic and original Brie cheese, made just outside Paris in the Ile-de-France. It was famously crowned the ‘king of cheeses’ by Talleyrand in the 1814 Congress of Vienna.

This Brie is made by the third generation of the Dongé family, Luc and Jean-Michel. Their grandfather, Étienne Dongé, set the dairy up in 1930, and the Dongé family remains one of the last seven producers of Brie de Meaux.

Considered by many to be the best Brie makers, Luc and Jean-Michel have won the prestigious Medialle d’Or nine times since 2000 (an award usually won only once in a lifetime).

The cheese is made using unpasteurised milk from the local area; it takes 25 litres to make one 3kg cheese. Following traditional methods, the curd is hand-ladled before being drained and aged for 6-8 weeks. Brie de Meaux has fruity and vegetable undertones, with a smooth velvety texture. A complex, rich cheese.